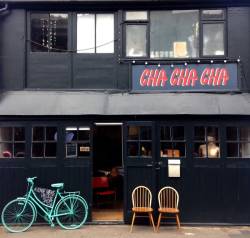 Located in the heart of Muswell Hill, London, England since 2004 CHA-CHA-CHA has built a loyal following from their Mews shop and their online store.

Previously, using pen and paper to track sales along with an existing troublesome, and expensive, PDQ was becoming problematic.

Time spent recording and analysing sales not only ate away at Ruth’s & Megan’s time, it was also leading to loss of business.
A solution needed to be found.

iginally a pilot site for uniCenta oPOS, running on a 10” tablet PC, with the posApps Digital Receipt plug-in and a wireless PaymentSense card payment terminal, Ruth & Megan chose to continue with the new system.

One of their reasons is that it has helped them improve customer service as they can now accompany visitors around their store with everything they need to finalise a sale to hand.

There are other reasons too why CHA-CHA-CHA has chosen to continue with the uniCenta oPOS and posApps which include:

uniCenta https://unicenta.com
Developers and Publishers of Award winning free, open source uniCenta oPOS Point Of Sale software. With over 1.2million downloads uniCenta oPOS is used by a wide-range of retail and hospitality businesses around the world.

posApps https://posapps.io
Part of uniCenta, the posApps brand is focussed on the development of Point Of Sale software plug-ins; Digital Receipt and Card Payments